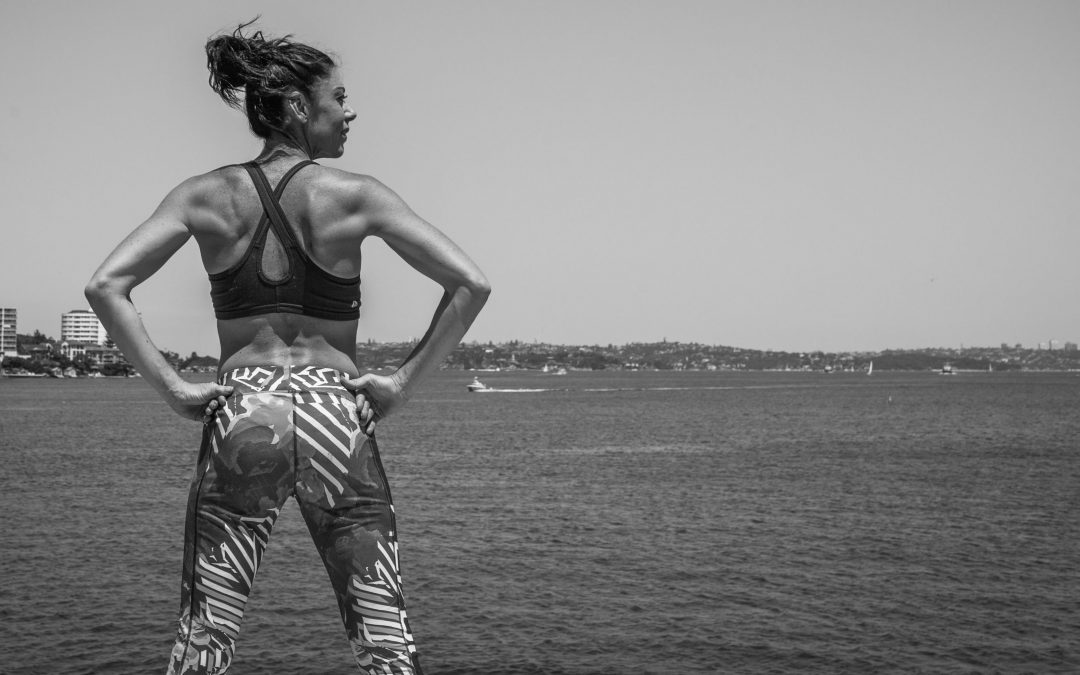 I’m always open to trying new treatments in the name of research (and to keep you informed), so when I was invited to try the latest non-invasive fat reduction treatment called Cryolipolysis – I was there faster than you could say cellulite!

Do. Not. Judge. Especially if you are under 40!

I remember thinking I would never go for these sorts of treatments – I almost thought of them as ‘cheating’! Then I turned 40! And for us 40-somethings we know body parts start heading south right before our eyes. It didn’t matter how many squats I did, or how clean my diet was, my body was starting to… (thunder clap)… AGE!

All the 40-somethings who had been there before me warned this would happen – but I just winked my non-crows-feet-wrinkled eye, in a show of ‘yeah right, sure that will happen’.

And literally at the stroke of midnight on my 40th birthday, it happened. I didn’t like what I was seeing. Especially since in my head I’m still 23! Cellulite started to form, little pots of fat were hiding out in dark places, and my skin tone became slack. What the hell… I’m fit, lean and health conscious. Dear body, you are meant to be on my side!

So under the guise of research, I gratefully popped in to Body Catalyst to have this treatment.

Like many non-invasive beauty treatments, they are discovered by noticing the side-effect of something. For example, Botox, was used as a treatment for eye-ticks. The doctor then noticed that all of her eye tick patients had smooth skin around the eye she was treating. Long story short, Botox is now used as an anti-wrinkle treatment.

According to rumour, the fat-freezing procedure of cryolipolysis referred to as CoolSculpting or Cryo, was discovered in a similar way. Doctors noticed that children who ate a lot of iceblocks experienced fat degradation in their cheeks. “Fat cells are more temperature-sensitive than your skin cells,” explains UCLA professor and plastic surgeon Jason Roostaeian, MD. “It goes through the cell death process before your skin does.”

Cryolipolysis was first approved by the US FDA in 2010, and gained attention when it went from treating minor spots to becoming a fully blown non-invasive alternative to liposuction. With the promise to eviscerate love handles and bra bulge with the wave of a cooling paddle, it fast became popular in the cosmetic and beauty scene. Most recently, the non-surgical fat reduction tool was cleared to tackle loose skin under the chin, a smaller area that is more difficult to alter through natural means like diet and exercise. Hello…. That’s what I’m talking about!

Once I was booked in for my Cryo treatment I was sent an email about what I should do prior to the treatment and what to expect during and after the treatment. I was forwarned and heavily armed. Seeing all the ‘before and after’ photos made me begin to think that this is a seriously effective treatment.

On the day of my treatment I met with the gorgeous Amy who is a qualified nutritionist (as are all the Body Catalyst team) to talk about my lifestyle as well as the procedure. What are the risks, what I will feel, and if I do get a numbing or tingling sensation, that it is normal and should pass within 10 minutes. I was really impressed by this. As a big believer and advocate of a healthy lifestyle, I feel that these sorts of treatments should act as a catalyst for good health, not a replacement! Amy strongly encourages a healthy, balanced diet to get the most out of Cryo.

Next up. I had to strip on down so we could determine which area was going to get frozen off! Well this was an education (and a reminder never to go out with hairy legs)! There are things called banana rolls and I had two of them, each sitting under a butt cheek. Pinching the rolls with pure satisfaction, Amy announced these were going to go! A few photos and measurements were taken (so we have a reference point for the follow-up) then I was told to get up on the table and lie face down. Here we go…

I lie on my stomach and Amy smears Glycerin gel along the back of my legs. This acts as a barrier so the skin doesn’t burn or get too cold. While it isn’t a relaxing treatment, I wouldn’t say it is uncomfortable either. Two vacuum heads suck up my banana rolls and begin freezing them. I experience suction, then a cooling sensation and eventually, things go numb.

For 40 odd minutes I lie on the table while the machine goes to work. I chat with Amy and check some emails. Before I know it – time is up. I didn’t feel any of the possible after effects Amy mentioned, however, my banana rolls were cold to touch. As they warmed up they were a little tingly – a bit like the sensation you get when you put cold hands under a warm tap. Amy gave my legs a massage to get the circulation going, and now the process of eliminating those crystallised fat cells begin.

The Science Behind The Treatment?

Because this is a non-invasive procedure, the risks, comparatively speaking, are very low. Contour irregularities can occur the same way they might in liposuction. While the Cryolipolysis machine leaves less room for human error in terms of fat removal, it also has its limitations in terms of fine-tuning removal the way an artful plastic surgeon might by hand.

Once crystallised, the fat cells slowly break down and are transported through the lymphatic system to the liver where they are processed out of the body as waste. Once the treated fat cells are gone, they are gone for good. As long as you maintain your weight with your normal diet and exercise, your long-term results should remain stable.

I’m only halfway through my twelve weeks, and I have my initial follow-up in a few weeks. But I will say this. I caught a sneaky glance of my bum in a change room trying on some jeans… and I was pretty happy.

Also, I’ve since found out a girlfriend had it to get rid of her baby belly. She too is slim and a regular exerciser, but just couldn’t shift the pocket of fat she had developed as a result of her two pregnancies. Her baby is now 14! She had three treatments to get her result. She declared she is truly happy and now more determined to be healthy and do regular exercise to keep her core in shape.

Like I said, these treatments should act as a catalyst to make positive changes. I’ll check back in once I’ve had my follow up and share my results. The tape measure don’t lie!