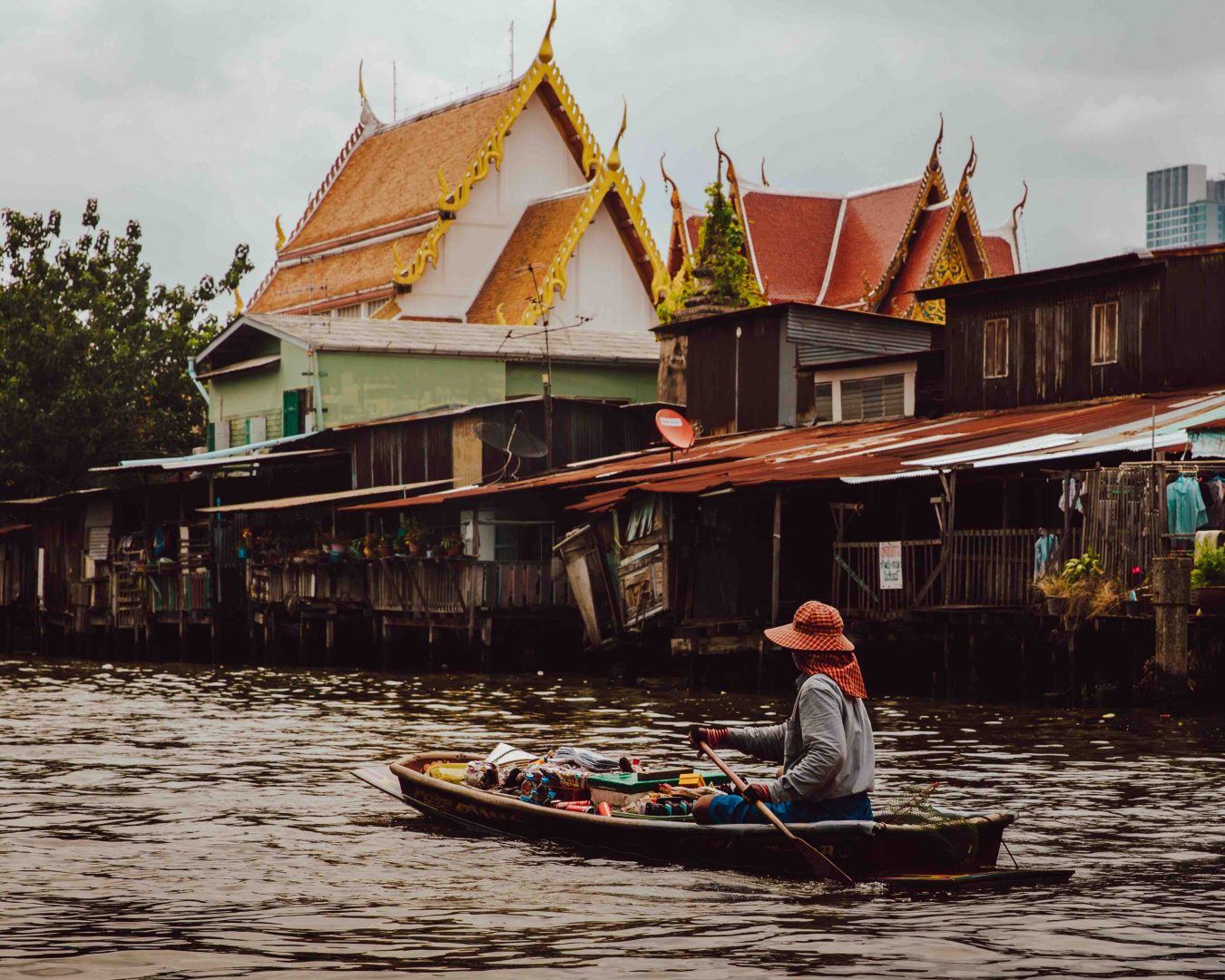 One Day in Bangkok

I first visited Bangkok about 20 years ago. It was my first experience of a major Asian city. I was mesmerised. The smells, the congestion, the lack of order. The $10 massages, the sticky black rice. I loved it. Behind the smoggy facade was a city filled with warm, welcoming, hard-working people living a juxtaposed life of spiritual simplicity amid the chase and chaos.

Bangkok is Thailand’s capital, a bustling city known for its ornate shrines and vibrant street life. The boat-filled Chao Phraya River feeds a network of canals, flowing past the Rattanakosin royal district, home to the opulent Grand Palace and its sacred Wat Phra Kaew Temple. Nearby is Wat Pho Temple with an enormous reclining Buddha, and on the opposite shore is Wat Arun Temple with its steep steps and Khmer-style spire. The architecture and energy of these temples are spectacular. Hat tip to the Bangkok people who meticulously maintain the beauty of the temples for the locals, as well as the tourists who come in droves every year. 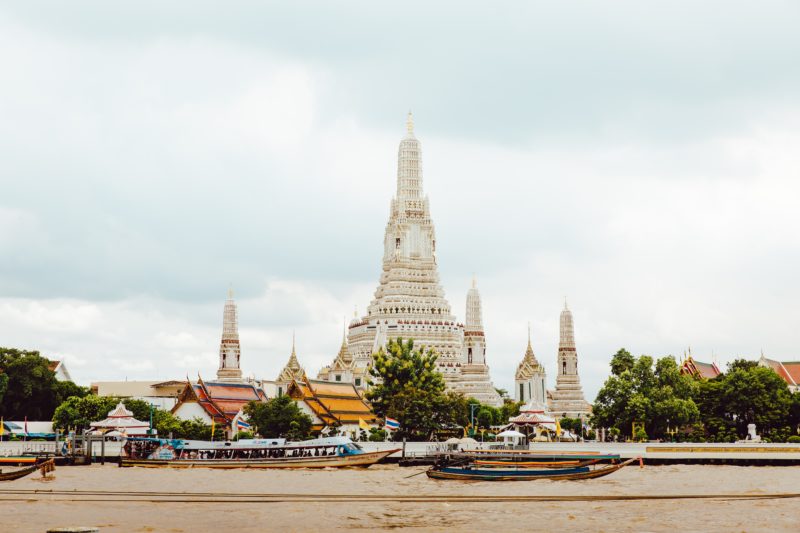 Fast forward to today, 20  years on from my first visit. Bangkok is no longer suffocated by a cloud of smog. The roads are somewhat orderly and the homeless are no longer being stepped over on the footpaths of main streets. Modern high-rises blend with the original architecture unique to Bangkok. The river is still a city unto itself, but less polluted. And trendy places to eat and drink have mushroomed along the river’s edge. Most notably Lhong 1919.

On prime river-front positioning is Lhong 1919 is the newest and hippest development. Owned and developed by the Wanglee family, one of the oldest Thai-Chinese families in Bangkok. It sits on the old pier where Chinese families first set foot in Thailand after migrating from China. Besides being home to many Chinese immigrants in later years, the area around the pier became home to the shrine of Mazu, the goddess who is believed to bless the sea.

Lhong 1919 is a clever and very tasteful restoratoration, with great respect given to the original structure. Excess paint was removed to reveal century-old murals, while new contemporary features have been added. The end result is an art, shopping and dining precinct with a very relaxed, cosmopolitan vibe.

What’s also new in Bangkok is the city’s foray into marathons. Boston, New York and Paris all host marathons which attract runners – and people who have always dreamed of running a marathon – from all over the world. So why shouldn’t Bangkok host a marathon? It’s a thriving international city with a strong wellbeing culture. And host a marathon they did! Nicknamed the Unforgettable Marathon. And it was!

On 4 February 2018, Amazing Thailand Bangkok Marathon had its first run. To execute this event was a logistical marathon in itself. Main streets had to be closed to traffic. It had to begin in the dark hours of the morning to avoid the heat and humidity, so lots of safety aspects came into play as it was dark for most of the run. I was lucky enough to participate, with eight or nine thousand others running a variety of distances from a full marathon to 10km. I opted for the half marathon (21.1 km)  starting at 4.45am, yet even at this ridiculous hour, in the dark, the energy was electric, the crowds thick and all the runners were pumped. It’s been over 20 years since I’ve run a distance anywhere near this long, and like the city of Bangkok, my body has undergone some significant changes in that time!

To a colourful display of fireworks, we were off and running, or more accurately, shuffling. I ran the first 10 kilometres with fellow Aussie Fiona Harper, a veteran runner who has done a few marathons, including Paris. We chatted, weaved and detoured, as it was shoulder-to-shoulder action for about 5 kilometres. before the would-be and wanna-be runners started to separate. The track opened up and we could get into a comfortable stride. At this point, not being a seasoned marathon runner had its advantages. I started striding out like it was an easy Sunday run. Fiona stayed with her pace, more aware of what was still to come. As Fiona and I settled into our own run, the wonderment of being part of this inaugural race hit me.

I was alone (except for the thousands of other runners) with my thoughts, running on a road that was totally foreign. The streets were dark and somewhat eerie. Although I had my own music, I chose to listen to the city. Ducking and weaving, I felt good. Monuments on the right, makeshift homes on the left. Legs. Going well.

As the sun began to rise over the city, I only had to cross the spectacular Rama V111 bridge (think Golden Gate) and I’d be on the home straight. A slight incline before heading back down, then flat. I reached the 17.5km mark and the quads began to burn. But I’d made a pact with myself that I wouldn’t walk. Once you walk, you have all sorts of mental arguments with yourself trying to get back to a run. I didn’t need that with 4km to go. I put on my music, hoping for some distraction. Nope. 18.5km. 19km. Don’t walk. Don’t walk. DON’T WALK! Then all of a sudden I could hear the crowd, the music at the finish line, strangers cheering me on. I got a second wind. Legs? What legs? I crossed the finish line, where I had begun two hours and three minutes prior. Having done very little preparation, I was actually really proud of myself. What a race. Amazing! And what a way to experience Bangkok – in a way that very few get to do. I could be hooked…

After a big breakfast to refuel, then a quick nap, I spent the afternoon at the amazing Anantara, Siam Spa. Here is the best tip I can give to minimise the painful effects that a big bout of exercise has on your body – aside from rehydrating – have a massage! And of course, when in Thailand…

Anantara Siam is quintessential Bangkok. Right in the heart of the city, it is an elegant representation of traditional Thai architecture, including hand-painted silk ceilings, a grand lobby and glorious gardens. You feel like you’ve entered an enchanted tropical forest, worlds away from the bustling city. Up a beautiful winding staircase is the Spa. The smell of Oriental Jasmin lures me in. Not that I need much coaxing – my body was craving a couple of hours at the hands of a great Thai therapist.

The treatment I enjoyed was the Signature treatment, Siam 2482. Inspired by ancient Siam’s diverse cultural heritage, this unique massage incorporates healing traditions from Thailand, Myanmar, Laos and China. A bamboo stick is used to stimulate circulation. Stretching and pressure point techniques enhance flexibility and energy flow. Just what my tight muscles need. A herbal compress on my main pressure points is followed by a herbal oil massage and foot reflexology. I felt the fatigue and soreness drift from my body. To conclude, gold leaf patches are placed on the wish area of the left arm and left side of the chest to encourage quieting of the mind.

Apart from a quieter mind, the pain screaming in my quads also diminished to a gentle whisper. The next day, just a faint (but nice) heaviness in my thighs was a triumphant reminder of the day before. 2019 is in the diary!