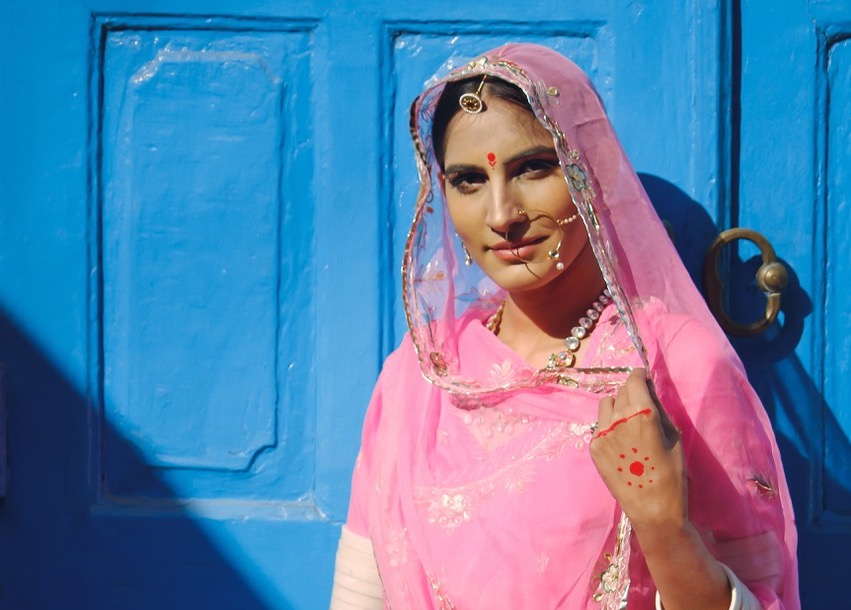 It is a constant cacophony of beeping horns, high-speed Rickshaws and the hubbub of people. A melange of smells – of incense, spices and decomposing anything and everything – all amplified by the heat. The constant heat. Every sense is stimulated beyond what you thought capable.

Like an ethnic sari, India entwines the varied shades of its culture with the vibrant embroidery of its urban centres. Its stunning landscape stretches from towering Himalayan peaks in the north to the warm tropical coastline of the south. From the arid Thar Desert in the west to dense forests in the east. India is considered the most multidimensional country in the world. It is everything, and more, all at once. It’s a sensory explosion of sights, sounds, colour and smell.

This vast territory is home to more than one billion people and its eclectic mix of different cultures. For those looking for an enriching spiritual experience, India presents a wide variety of sacred sites and inspiring philosophies. Meanwhile, fans of outdoor activities can rejoice in the sparkling waters of the southern beaches framed by palm trees, or mount elephants and spot big cats in the jungle, or simply breathe the scent of wildflowers during a rejuvenating walk through the forest.

It is highly unlikely that your first impression of Delhi will be positive, especially if it’s also your first impression of India! You will notice the pollution, over-population, smells and noises long before the real charms of the city. But it’s worth persevering, as the history of Delhi is fascinating and omnipresent: the bazaars of Paharganj are a wonderful introduction to the Bohemian India, the architecture of the monuments of the city is most impressive and the food is delicious. Delhi is also the capital and a major business hub of India. In a word, overwhelming! 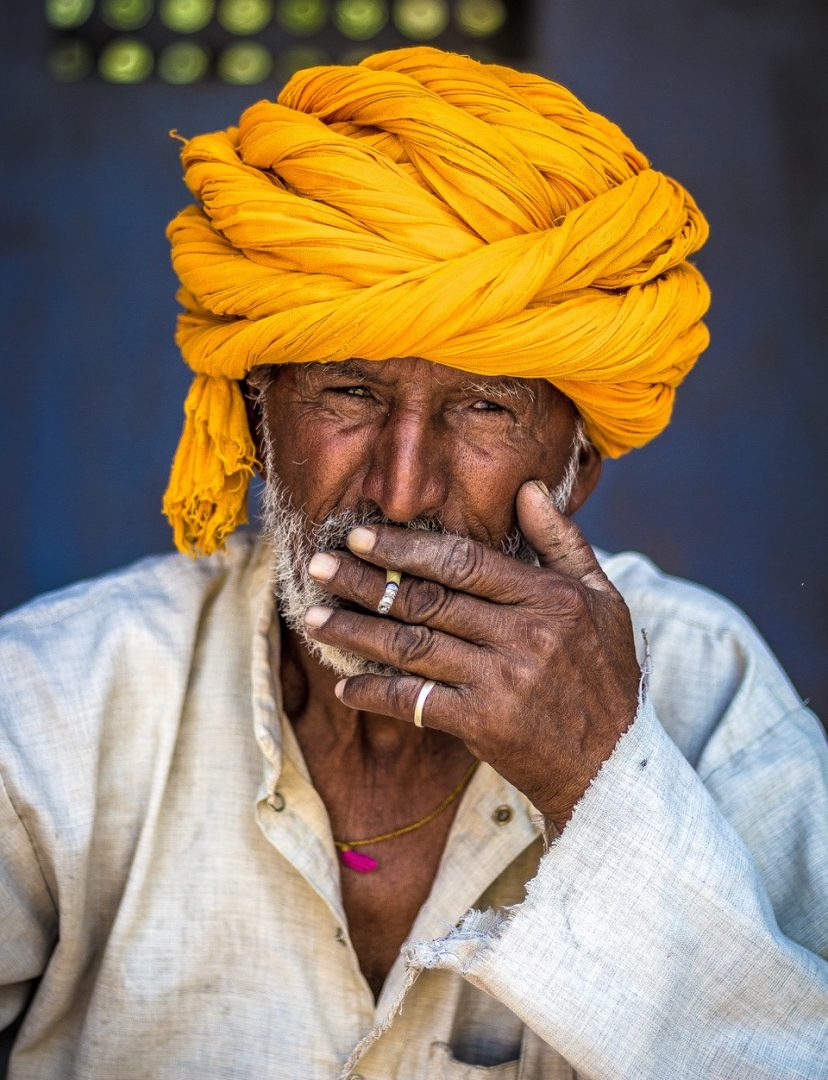 A three-hour drive from Delhi, Agra is situated in the state of Uttar Pradesh and was the centre of the cultural and imperial Mughal kingdom. A visit to India is never complete without visiting the Taj Mahal, the icon of the country and a symbol of architectural brilliance. Agra preserves a fort, beautiful palaces, mausoleums and tombs of the Mongol era that lie in the shadow of the Taj Mahal – so breathtaking and majestic that no expression of love could outshine it. Moving around the city is easy with rickshaws and taxis, however one of the most fun ways to see the city is in a ‘tonga’, a covered, horse-drawn carriage. Even with the Taj Mahal, Agra is best as a day-trip from Delhi. Hire a car (with driver) for about $90 and you can be taken there and back in a day. Stop at some of the little villages along the way, or cheer on a game of cricket in the rice and tea fields. 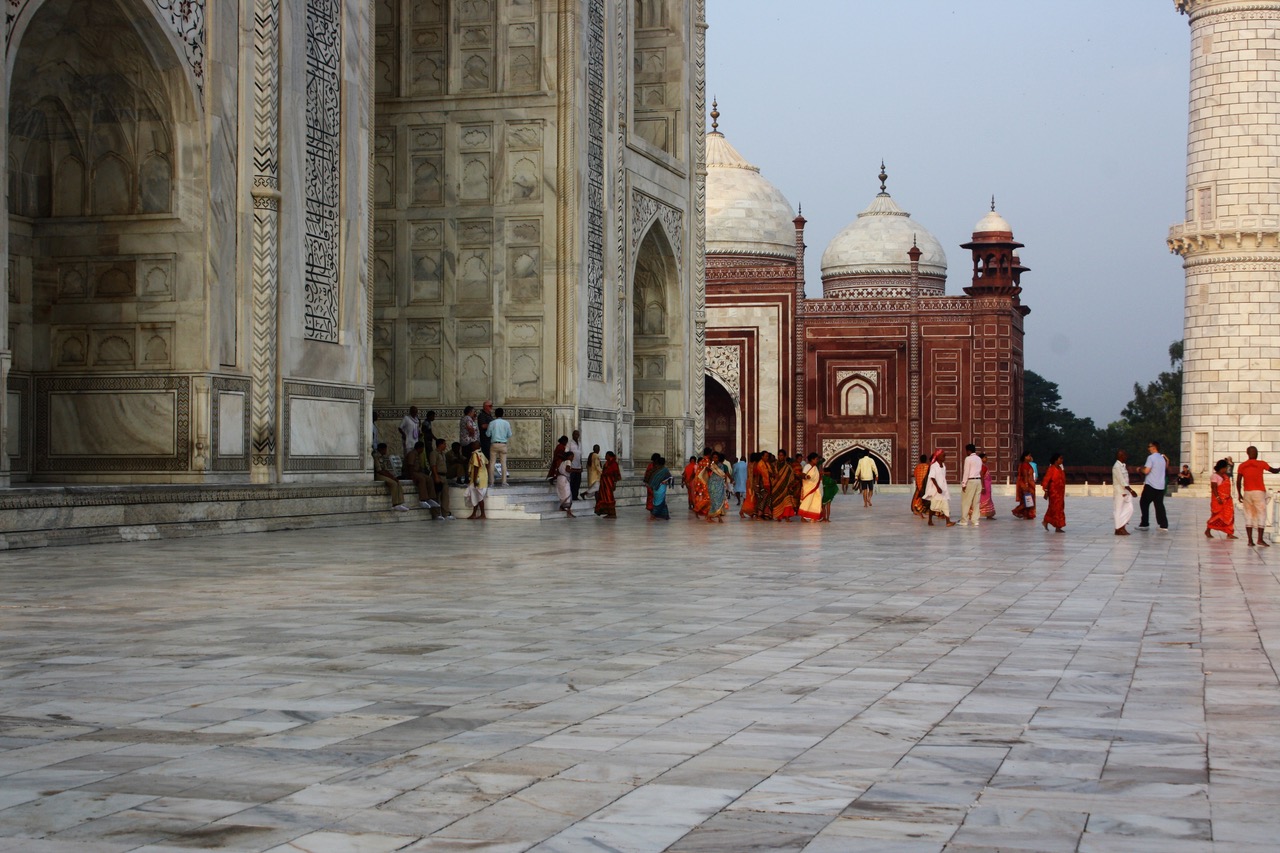 Further east from Agra is Lucknow, the city of Nawabs (high-status Mughal noblemen). This city is located in the historic region known as Awadh and has always had a multicultural character. Lucknow is located in the heart of the great Ganges plain and is surrounded by small rural villages.

The beautiful gardens, poetry, music and exquisite cuisine have always attracted lovers of Indian history and culture to Lucknow. The city is also known as ‘the golden city of the East’ or ‘the Constantinople of India’. It is considered to have a very cultured population and is a centre of Hindi and Urdu literature. 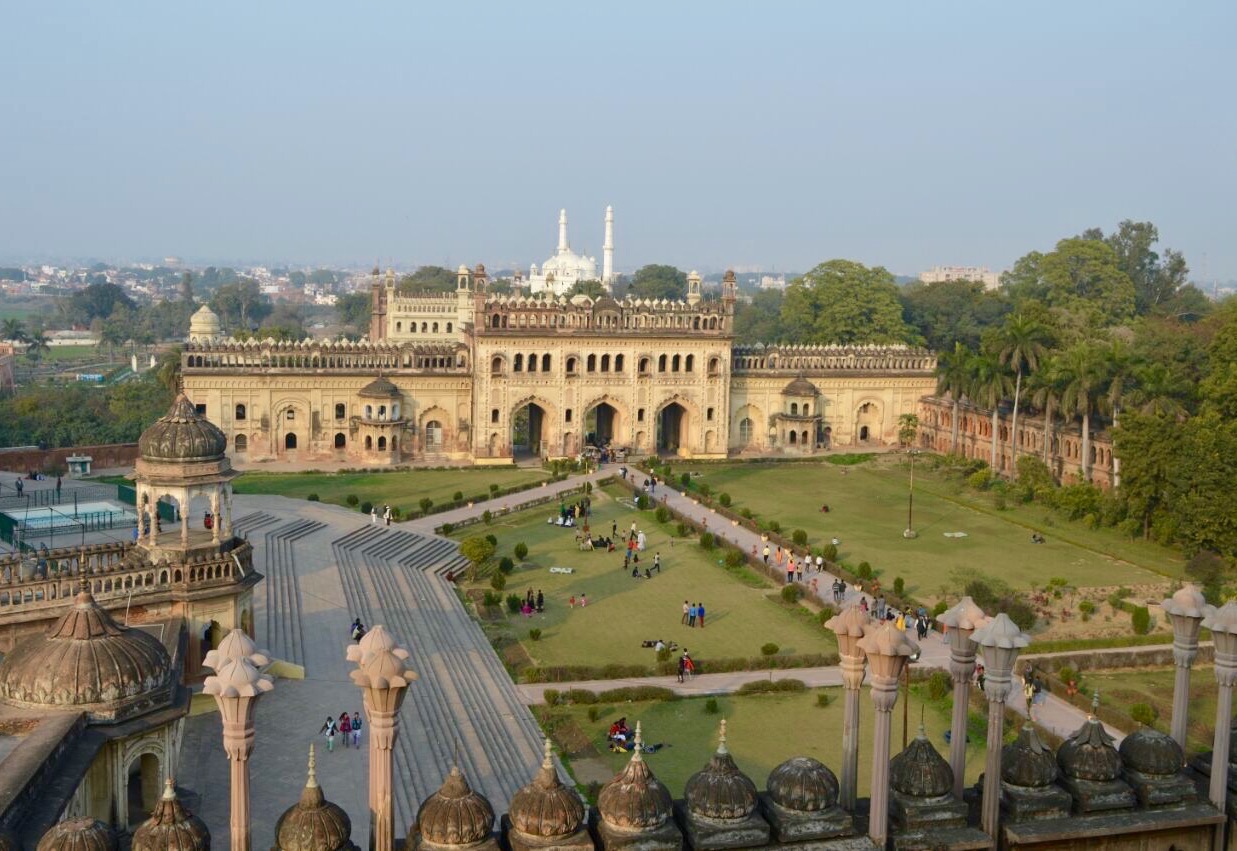 Commonly called the ‘garden city of India’, Bengaluru is famous for public parks, bustling bazaars, colonial architecture and historic museums. Bengaluru, which many still know as Bangalore, is a city where tradition merges with modernity. The legacy of Bengaluru is reflected in the architecture of its buildings. Admire the palace of Bengaluru, a Tudor-style building built in 1887, and the opulent temple of ISKCON—the reflection of Hare Krishna movement. The nickname ‘garden city’ is due to the numerous natural spaces, such as the famous Cubbon Park (the home of cricket). Lalbagh’s botanical gardens display one of the largest collections of tropical plants in India. A few hours’ drive from Bengaluru will take you to Bannerghatta National Park, where you can go on safari to spot a range of wildlife including deer, bison and bears. 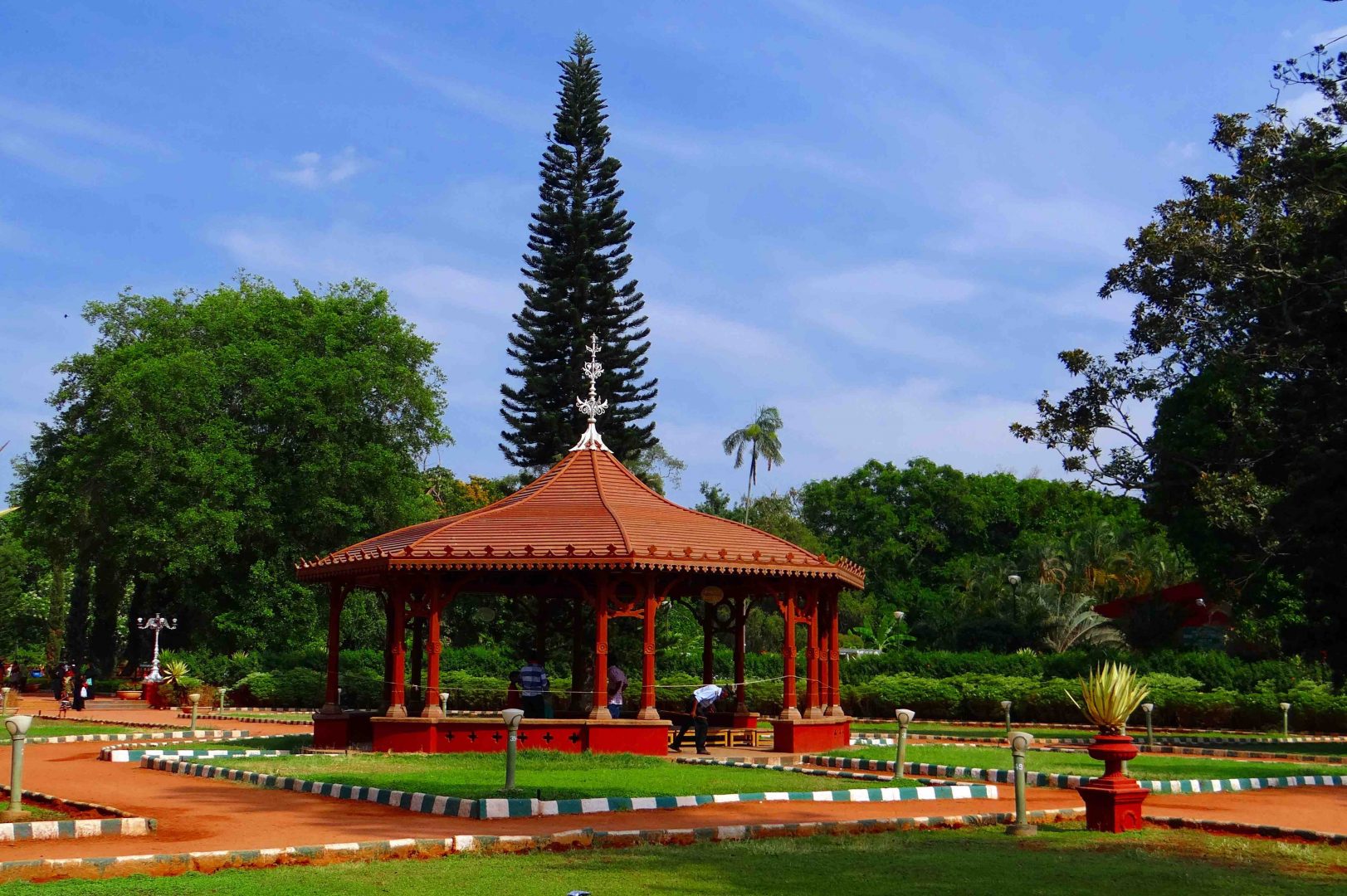 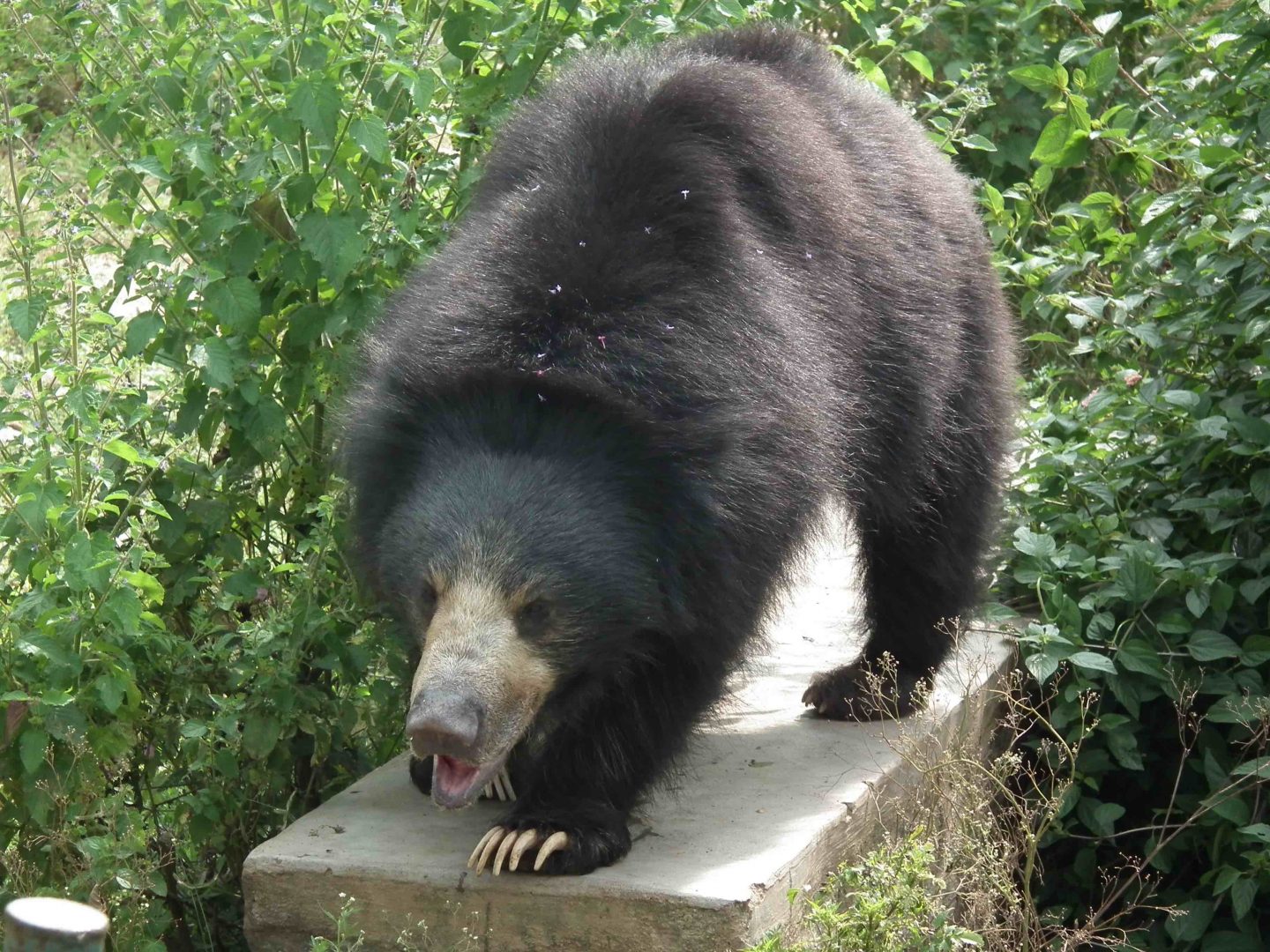 For me, Bangaluru is a must-visit city. More so than Delhi. It gives you a big taste of India in one place, while the large gardens give a sense of space (rare in this country). All the major tech companies have a presence here, contributing to the comopolitan CBD, and it is referred to as India’s Silicon Valley, adding to the juxtaposition of India – so old and traditional, yet creators of the most futuristic computer concepts.

Bangaluru is also the home of the only Yoga Hospitals and Research Centres in the world, Swami Vivekananda Yoga Anusandhana Samsthana (S-VYASA). Although I was lucky enough to visit for the day, most people who visit are patients suffering any number of lifestyle-related illnesses, from cancer and drug addiction to stress, diet and sleep disorders. Here yoga, meditation, Ayurveda and an organic, vegetarian diet is used to treat non-communicable diseases. The positive effects of yoga are well known and the results of the S-VYASA program have been documented in over 250 research papers published in leading peer-reviewed national and international journals. Lab coats are replaced with yoga wear, and the food is prepared fresh for each meal with ingredients sourced from the large organic gardens. Western hospitals could certainly learn a lot from this ‘food as medicine’ approach to healing!

India has to be visited for you to fully appreciate its magic. You will learn the art of flexibility, and not just by doing yoga! It’s a place where nothing goes to plan. Expect the unexpected. And that just might be getting caught by her spell and falling in love with her chaos, crowds and roads with cows.

Hey FRIDAY.⁠ ⁠ Enjoying the Elixer of Youth (B

Even artist & album... BUT why am I standing in th

2,200 is the number of years Traditional Chinese M

So what’s your reaction to the word BIOHACK? Be

Come in… get a sneak peak! This is where my ‘

Do I Need A Detox?

Answer the questions honestly! If you score over 6 points, you will definitely benefit from doing a detox or cleanse.
0
Your Cart